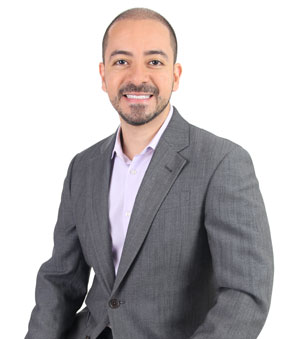 A driven entrepreneur started what was then a local South Florida computer service company at the age of 21. Business provided tech support to residential and small business clients in the area.

Three years later, took company to the next level by being one of the first to repair computers nationwide remotely via the Internet. Began hiring on-call technicians in dozens of major cities throughout the U.S. and opened an operations office and call center in Peru.

By 2006, completed the acquisition of Geeks on Site of Dallas, TX and merged it with nationwide operation. After a few years of trial and error trying to profitably grow in a scalable manner, business flourished! This led to the opening of additional call centers in Bolivia and Nicaragua while continuing to expand service coverage by hiring on-call technicians in over 150 U.S. metro areas.

In late 2013, George acquired a fulfillment company Phase V specialized in product and literature fulfillment. Later in 2015, George founded Otte Real Estate specializing in real estate investments and property management. George is a believer in “hands on” management, from the days of the first employees in South Florida, to now managing hundreds of employees in four countries.

He earned a Microsoft Certified Systems Engineer (MCSE) Certification a year out of high school. Also holds a Bachelor’s Degree in Business Management from Florida International University. He enjoys regular travel both for business and pleasure between offices throughout the Americas.